The Healing Power of Fairy Tales 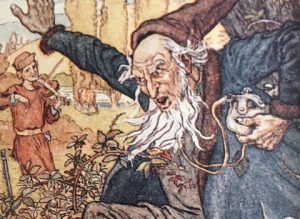 Why fairy tales – Märchen?  When C.G. Jung discovered the archetypal realm of the collective unconscious, he also found that through the ages myths, fairy tales and legends provided a “clothing” so to speak for these, otherwise invisible, potentially healing psychodynamics. When we listen to fairy tales our soul is invited to journey into lands of horror and violences well as enchanting rescues and romances. The original fairy tales are ever so much more grim and violent than the Walt Disney versions we are familiar with. Fairy tales assure the listener – adult and child alike – that while evil, danger and violence do exist, they can be transformed. By entering into the magic of a fairy tale, our psyche re-connects with the healing potential of the archetypal realm.

Related Workshop: Disobedience, Evil, Animals and Happily Ever After in Fairy Tales

Jutta von Buchholtz, PhD is a senior Jungian analyst, whose academic background is a Ph.D. in medieval literature from Vanderbilt University. She thinks this lends itself beautifully for a Jungian approach to fairy tales. She finds it deeply moving how archetypal themes, so cleverly and movingly embodied in fairy tales, continue to play themselves out in our daily lives in the twenty first century – they bind and contain our common humanity. As part of her midlife crisis she received her diploma from the C.G. Jung Institute Zürich. Jutta is a Senior analyst involved in training future Jungian analysts in the New Orleans and Atlanta/ Memphis seminars. She sees clients in Birmingham, Al.

Date:
March 15, 2019
Time:
7:30 pm - 9:30 pm PDT
We offer Continuing Education Credit through NASW. The fee for CEU credit is for the workshop is $5 for 2 hours. To obtain CEU credit, add the CEU to your shopping cart when registering.