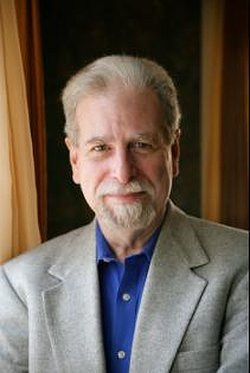 What are the academic and scientific roots of Jung’s psychology? How does his psychology hold up today? Jung’s 1912 Fordham lectures on the “Theory of Psychoanalysis” represent Jung’s growing theoretical differentiation from Freud. Soon after delivering these lectures, Jung resigned his position at the University of Zurich (in 1914) and did not fully resume academic work until 1933. In between these periods Jung underwent the inner experiences that led to the development of The Red Book.

Examination and comparison of these two periods reveal a tremendous shift in emphasis on what constituted science for Jung. In this lecture we will look at this shift and how Jung’s experiences leading to The Red Book were integral to this change. The scientific tradition associated with the German Romantic movement is key to understanding Jung’s transition. His rich friendship with Wolfgang Pauli, as well as the rise of the New Sciences of Field Theory, also influenced Jung’s model of the psyche and his contributions on Synchronicity. We will explore the resurging interest, re-valuation, and further understanding of Jung’s contributions in light of some branches of contemporary science, especially Complexity Theory with its concept of Emergence, and epigenetics, the study of non-DNA transmission of hereditary information, as a form of somatic, collective memory.

Joseph Cambray, Ph.D., is the President/CEO of Pacifica Graduate Institute; he is Past-President of the International Association for Analytical Psychology (IAAP); has served as the U.S. Editor for The Journal of Analytical Psychology; and is on various editorial boards. He was a faculty member at Harvard Medical School in the Department of Psychiatry at Massachusetts General Hospital, Center for Psychoanalytic Studies; and former President of the C.G. Jung Institute of Boston. Dr. Cambray is a Jungian analyst now living in the Santa Barbara area of California. His numerous publications include the book based on his Fay Lectures: Synchronicity: Nature and Psyche in an Interconnected Universe, and an earlier one with Linda Carter, Analytical Psychology: Contemporary Perspectives in Jungian Psychology. He lectures internationally.

Date:
September 18, 2015
Time:
12:30 pm - 2:30 pm PDT
We offer Continuing Education Credit through NASW. The fee for CEU credit is for the workshop is $5 for 2 hours. To obtain CEU credit, add the CEU to your shopping cart when registering.