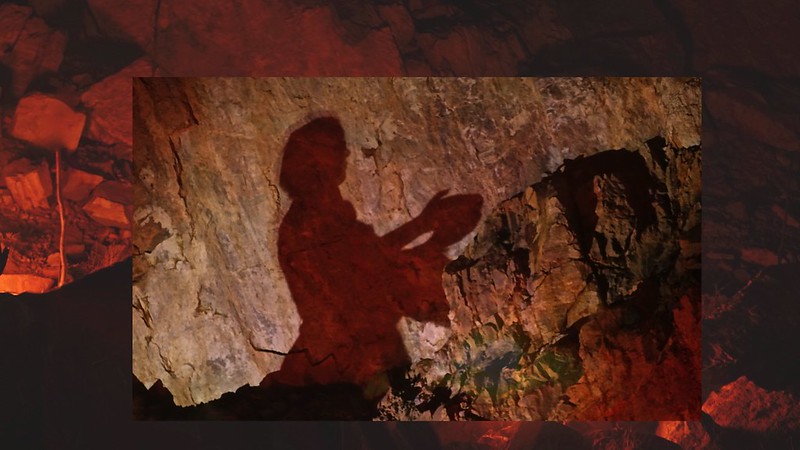 This special weekend program presents a radically different take on the meaning of the Persephone myth. It comes out of an imaginative perspective that mixes Australian desert experience with old Mediterranean folklore and the harsh, confusing anxieties we face today around war, climate and our environment. Through performance and presentation, visuals, discussion and reflection, we will explore this psycho-mythological perspective.

In Persephone’s Heart Craig and Miriam recount the story of how and why an original creation force of nature became humanized as the daughter of Demeter/Gaia. Persephone needs to know how humans feel, and she undertakes a painful journey of becoming human, falling in love with Aidos, and bearing children. Only then can she return to her mother Demeter, where they initiate the Eleusinian Mysteries of death/rebirth. The play draws upon understandings of both European and Australian creation stories and how mythic beings assume human/animal form and incarnate as geographic sites.

Writing from his own experience of working with Australian Indigenous communities, San Roque links the devastating consequences of colonization on Australia’s traditional owners and their country to “the psychosis of the time” which “keeps one eye open and shuts the other.” San Roque identifies Jung’s Red Book visioning as Biblical and Northern European in heritage, before exploring his own hybrid visioning combining this same heritage with his knowledge and experience of Indigenous Australian literature, song cycles and practices. He asks himself “what unconscious fantasy drives my response to climate change anxiety?” His response emerges in stories – mythic and present time – of care for country, alive even in the midst of climate catastrophes, and an active imagination in the form of a community theatre work entitled ‘Persephone’s Wake’. This is a cathartic lament, full of anger, confusion, despair and love, which takes San Roque and his audience deep into a world where the old seasonal cycles celebrated in the ancient Near Eastern myths of Persephone and Demeter and Inanna can no longer operate, and Persephone dies from exhaustion, mourned by her children Kore and Kouros. The central question that surfaces through this, is the same as the one Jung responded to in The Red Book, “Will you accept this destruction?”

Craig San Roque, Ph.D., is a Jungian analyst trained in London who currently lives and works in Alice Springs, Northern Territory, Australia. In addition to his psychoanalytic practice he works in alcohol and substance abuse treatments with the indigenous people of his native land. He is currently serving as president of the Australian/New Zealand Society of Jungian Analysts.

Miriam Pickard  is a performance artist, storyteller, teacher and theatre director, known for her work with the innovative,  prophetic,  Canberra Chorus of Women music and performances on Climate Change, international peace, and generative feminine  mythologies.  Miriam also performs with ArtsACT events –  notably her (wryly comic) solo pieces  on Isis and Inanna.  She developed the role of Persephone for the 2015 – 2017 Alice Springs and Santorini events, and recently directed   Persephone’s Dog for the Canberra College Drama  Student graduation performances, 2020. See her website: https://www.miriamjane.com

This event has passed.

Date:
December 3, 2021
Time:
7:00 pm - 9:00 pm PST
We offer Continuing Education Credit through NASW. The fee for CEU credit is for the workshop is $5 for 2 hours. To obtain CEU credit, add the CEU to your shopping cart when registering.