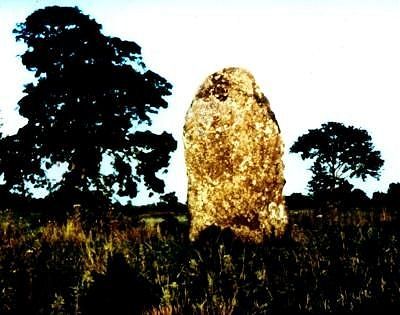 We are living in a time of heightened border awareness as our old securities of containment and simple divisions of collective tribe and individual ego are forced open by new challenges. Walls don’t work well in the world of internet and drones, nuclear, biological, and informational contaminations, offshore banking, and moving populations of refugees.

In this fluid, open and expanding world, simple divisions don’t work well even in psychology. Beyond the tidy, binary separation into conscious and unconscious factors, we have become attuned to the rich plurality of complexes or ‘self-states’ operative in every interchange between people. We are also becoming accustomed to working with the reality of open and interpenetrating borders between our various complexes and their field effects on the neurology and coherence of others in our immediate and global environment.

So we are increasingly aware of the impossibility of neat borders and must attend to the multiple effects of subtle neurological pulsations, of mirror neurons, hemispheric attunements, bodily sensations, emotional flavors and field dynamics that are alive across the threshold between us as we sit in the multi-dimensional flow that is rich but also often fearful. Such open consciousness forces us to levels of complexity and integration that psychologists began to explore more than a century ago. Jung beautifully understood then the values of seeking images for orientation.

In our current globalizing crisis, which stirs anxiety, I have been gripped by an image that comes from an era where similarly vast, cultural shifts were underway and managed by figures representing the qualities needed to survive. For me the ancient, shamanic herdsman, Hermes, god of paths and open boundaries, has become a marker from which to expand towards such complexity. His early stories, more emotional and cosmic than the ones from Hellenic Greece or medieval alchemy, shape a presence that can orient consciousness in a world with wide open borders. They also connect to tales of boundary-making from Neolithic, Northern Europe, when the Goddess of the vast earth and sky was divided into tribal lands, and shamanic elders sang the moving clans back to themselves.

In the Friday evening talk, I will present Hermes as an early herdsman and shamanic deity, showing pictures and telling stories of his origins and qualities, which are important for our own time. He represents the threshold where energies and forms interweave, where consciousness rises from and opens back into the fluid matrix of psyche to bring perception of multifaceted order, creativity, and healing.

Sylvia Brinton Perera, MA, LP, lives, practices, writes and teaches in New York and Vermont. She has served for decades on the Board and faculty of the CGJung Institute of NY, and also teaches internationally. Her publications include: Descent to the Goddess; The Scapegoat Complex; Dreams, A Portal to the Source (with E. Christopher Whitmont); Celtic Queen Maeve and Addiction; The Irish Bull God; and many clinical articles.

Date:
March 16, 2018
Time:
7:30 pm - 9:30 pm PDT
We offer Continuing Education Credit through NASW. The fee for CEU credit is for the workshop is $5 for 2 hours. To obtain CEU credit, add the CEU to your shopping cart when registering.