Active Imagination and the Romantic Poets 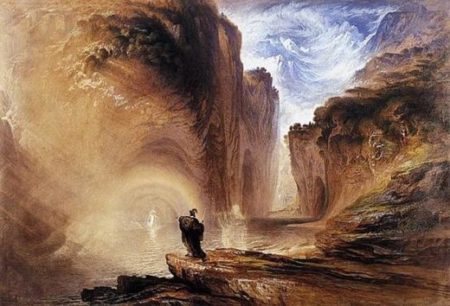 Through the contemplation of his inward nature, the art of writing poetry became, for Wordsworth as for many of the Romantics, a “dark” and “inscrutable workmanship”, in which the “discordant elements” operative between the “two consciousness” within himself might “cling together / In one society” and realize “a soul in the process of making itself.” Wordsworth’s experience of poetic composition will be familiar to those in the field of Jungian psychology as active imagination. When Wordsworth imagines his poetry as “spousal verse” announcing a marriage of the human mind “to this goodly universe / In love and holy passion” (Prospectus to the Recluse, 53-5), Romantic active imagination aims at healing the split between psyche and nature.

For those interested in a unified vision of mind and nature, the psychology of creativity, and the emergence of a new image of God beyond both fundamentalism and materialistic atheism, there is much to be learned from the Romantic poets and philosophers. This lecture will explore the practice of active imagination in Romantic poetry and Jungian psychology, and apply insights gleaned from both to contemporary debates on the nature of religion, politics, physics, and neuroscience.

Thomas Elsner, J.D., M.A. is a Jungian Analyst, certified Psychoanalyst with the California Medical Board, the C.G. Jung Study Center of Southern California, the Inter-Regional Society of Jungian Analysts, and Faculty at Pacifica Graduate Institute. He has taught courses on Depth Psychology and Folklore for over 10 years at Pacifica as well as internationally. Trained as a Jungian Analyst in Zurich, Switzerland, Thomas has been in practice since 1998. Prior to that he worked as an attorney. His upcoming book to be published by Texas A&M in early 2019 is on Coleridge and The Rime of the Ancient Mariner.

Date:
September 21, 2018
Time:
7:30 pm - 9:30 pm PDT
We offer Continuing Education Credit through NASW. The fee for CEU credit is for the workshop is $5 for 2 hours. To obtain CEU credit, add the CEU to your shopping cart when registering.