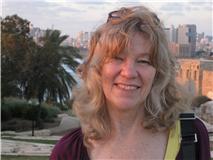 Lecture: The American psyche has typically been seen as narcissistic. Indeed, we readily identify with the heroic, the good, and the brave. However, these noble portraits cast a long shadow. In this Friday evening lecture, Dr. West will supplement a Jungian exploration of this complex reality with slides and discussion about the works of a contemporary European artist, Anselm Kiefer. In Kiefer’s work, we experience an active engagement with the tension between destruction and creation. The ability to embody a union of opposites emerges from a strong and flexible consciousness that can hold such a paradoxical position. Consciousness that has developed this strength and flexibility is supported as one works through the dynamics of exhibitionism and grandiosity, ultimately forging a healthy narcissism: an embodied self-esteem, a rooted sense of values, and a capacity to tolerate vulnerability and limits. We witness these dynamics and developments within Kiefer’s work. With these developments, an individual – and a community or nation – can work to engage in an effective dialogue with primal forces that carry the potential for both apocalypse and epiphany. With these strengths, we deepen our capacity to confront and suffer the tragic personal and historical realities in which we participate.

Workshop: In the Saturday workshop, we will turn to a more in depth discussion about how individual and collective trauma underlie the development of character structures. Again, with reference to the work of Anselm Kiefer, we will see how these images evoke a shudder, a chilling recognition of the devastation left by the eruption of the primal force of destruction. In this context, Dr. West will clarify how, in terms of the development of character structures, three differentiated sets of archetypal images underlie three distinguishable relational patterns. These archetypal forces are met and mediated by consciousness as it progressively develops. When this development proceeds effectively, three differentiated forms of healthy narcissism emerge. However, when defenses rigidify this process, archetypal forces accrue and eventually erupt. Dr. West will consider how the collusion of these archetypal fields, met by a defensively rigidified and polarizing consciousness, can cast us into repetitive personal crises as well as irresolvable global confrontations.

The Shadows and Gifts of American Narcissism and the Paradoxical Images of Anselm Kiefer
November 12 – 13, 2010: Jacqueline West October 24th, 2010judi

2021-2022 Season Click here to see a list of our upcoming Spring 2022 speakers and their program titles. Become a member today!
Due to the uncertainty around covid and in-person attendance, our Fall 2021 and Spring 2022 programs will be presented online. Sign up below to receive the latest updates.
Our physical library is open on Saturdays noon to 3:00pm except on program or holiday weekends. Click here for more information.
Our streaming library of more than 300 Friday Talks is available for members. Click here to view a listing of our streaming lectures.
A Note about Racism, Carl Jung, and the Oregon Friends of C.G. Jung